Genders and sexualities Research Group Partner
Proposal for Gendernet Plus 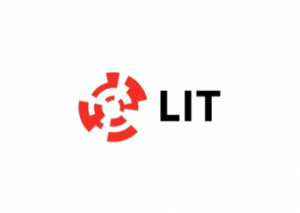 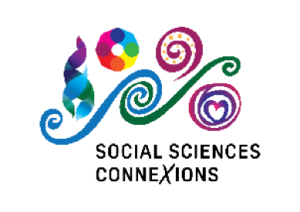 This document gives details of a collaborative grouping led by the Principal investigator of the Genders and Sexualities Research group. It is designed to provide information for coordinators, strategic partners and associate partners who wish to register a pre proposal for a Gendernet plus funded research proposal on March 1 2018.

The Genders and Sexualities Research Group at Limerick Institute of Technology is currently working with Haven Horizons to facilitate a research-based approach, house resources related to domestic and gender based abuse, deepen the understanding of domestic and gender-based abuse, support the practical application of the applied knowledge and inform the development and delivery of effective education and prevention strategies locally, nationally and internationally.

The Genders and Sexualities Research group is housed in the Department of Applied Social Sciences at Limerick Institute of Technology and is part of the Social Sciences ConneXions, research collective. Limerick Institute of Technology (LIT) is an institution of higher education in Limerick, Ireland and is one of 14 member institutions of the Technological Higher Education Association (THEA). The Institute has campuses in Limerick city, one in both Thurles and Clonmel in County Tipperary and a regional learning centre in Ennis, County Clare. The main campus is located at Moylish Park adjacent to Thomond Park and houses the Faculty of Applied Science, Engineering and Technology and the School of Business and Humanities. The School of Art & Design is located at the Clare Street and Clonmel campuses.

The Department of Applied Social Sciences (DASS) has a range of courses in areas such as social care, community studies, early childhood education, counselling and advocacy. Programmes in the Department have an applied focus and the Department has close links and collaborations with services providers nationally and in particular in the mid-west region of Ireland. The Department has five research groups which work together under the banner of Social Sciences ConneXions. The aim and vision of Social Sciences ConneXions is to promote social inclusion, provide a voice for those who are not heard, and enrich the body of academic knowledge informing social and community practitioners from a variety of disciplines.

GASG investigates a broad range of topics related to the ways in which genders and sexualities impact on people in contemporary society. Genders and Sexualities are described in the plural as an acknowledgement of the many and varied ways in which these aspects of identities can be expressed and defined. Current research projects include: discursive constructions of rape and sexual assault in tabloid media; young gay men’s negotiations of masculinities; social capital formation among older never married women and work on masculinities among young homeless men. The group currently has four postgraduate research students and another is due to begin in January and will investigate the ways in which domestic violence myths which appear in everyday talk can be contradicted or replaced.

Last December the group completed and launched its first piece of commissioned research, an evaluation of an educational programme that was provided by the Health Service Executive, Ennis Community Development Programme, and North Tipperary Leadership Partnership, for the training of Community Health Workers. The programme was a special purpose award at level 6 accredited by LIT.

Lisa O’Rourke Scott is a social psychologist working in higher education. Her PhD research concerned single motherhood, family relationships and intergenerational patterns of family interactions. She has an MSc in psychology and an MA by research and thesis which explored identities in long term unemployed men. She holds a post-graduate Diploma in social science research methods, and postgraduate certificates in education and in social science research methods. She is a psychometrician registered with the British Psychological Society for testing at levels A and B. She has also completed a Special Purpose Award in relationship counselling.

Prior to working in higher education Lisa worked for many years in the voluntary and community sector, as a counsellor, in adult career guidance, in adult and community education and in community development. She has run her own businesses, Scott Training Services and has served on the boards of directors of a variety of community and voluntary projects.

Lisa was responsible for leading the development of the Social Sciences ConneXions research collective. She is Programme Director on the BA in social care work at LIT and teaches psychology and research methods on this programme. She is Chair of the research ethics review committee at LIT and teaches research methods workshops to post-graduate research students.  She has been an Associate Lecturer in psychology with the Open University since 2003.

Frank Houghton is a Public Health Geographer with a background in Public Health Intelligence. Frank has experience of working with communities in an applied public health setting in both Ireland and New Zealand. He has allied health policy experience through having worked at the National Council on Ageing & Older People and as Head of the Research for a national charity working with homeless people. He has recently returned to Limerick Institute of Technology (LIT) from the US, where he held a tenured Associate Professorship in Public Health at Eastern Washington University (EWU).

Frank has an established publications profile and is currently Director of the Health, Education & Social Research (HEALR) Group at LIT. His research combines qualitative and quantitative research and focuses on issues such as health inequalities, mental health and data accuracy. Frank has an undergraduate and postgraduate degree in Peace Studies and has written extensively in recent years from an anti-racist perspective. He was formerly employed by the Centre for Research on Women (CROW) and the Department of Social Administration and Policy at the University of Ulster, where he worked on projects exploring equal pay and domestic violence issues. Frank helped establish both the Research Ethics Committee at LIT and the level 6 qualification there in Health Promotion & Advocacy for members of the Traveller community. He formerly served on the Board of Spokane Aids Network, and was the Independent Chair of the Traveller Health Forum in the Mid-West Region.

Haven Horizons is a community based organisation which focuses on the role of awareness, education and the delivery of evidence based pilot projects in the prevention and elimination of all forms of gender-based abuse and the associated gender inequalities.

The Genders and Sexualities Research Group at Limerick Institute of Technology and Madeline Mc Aleer (research and development manager with Haven Horizons) are currently working together to:

The Genders and Sexualities Research Group (GSAG) is happy to hear from academic institutions in eligible countries who are interested in having an Irish partner for collaborative research funding applications under Gendernet funding. Our work in teaching has an applied focus and the work involves extensive involvement with organisations working with important social issues.

For further information please contact Dr. Lisa O’Rourke Scott on lisa.orourkescott@lit.ie or on +353 860802659